In Pursuit of Inspiration

Ideas come from everywhere.  Some good, some bad, some only worth a shrug before they go in the bin, some worth pursuing.

The trick is to work out which are the ones worth pursuing.  And then, pursue them.

After a week on a mountain in Wales, this was the last stop before home: Penrhyn Castle, a 19th century palace with all mod cons, paid for with the vast income from coal and sugar sales (the equivalent of investing in Microsoft and Apple way back when).  Wealth like that and land like that means you can build what you want (it's enormous!) and keep what you want, like steam engines: ﻿﻿

The railway museum lets you get up close to the engines, some narrow gauge from the Welsh highland railways that cross the country, some standard gauge that could still feasibly run on the rail network we inherited from the Victorians.

Our classic idea of steam comes from the 'Golden Age' between the wars; Agatha Christie, Brief Encounter, even the Hogwart's Express tips its hat to the Golden Age.  There's a couple of engines at Penrhyn that reflect that era.

There's a utilitarian beauty to those engines - dependable and sturdy, tastefully painted, a respectable machine for a more genteel age of travel. 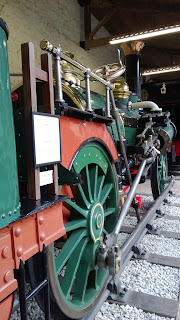 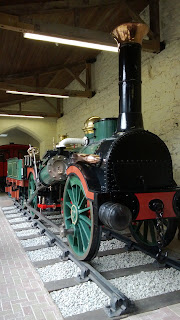 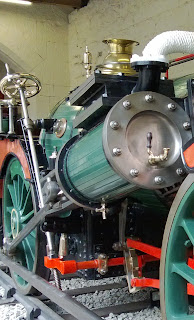 She's called Fire Queen (great name), built in 1848 to work in a quarry in Llanberis.  In comparison to the kind of engines you see on heritage railways in the UK, she's old school.  She'll have been replaced because she won't pull as much as the 'newer' engines.  And she probably won't forgive a driver who isn't watching what they are doing. 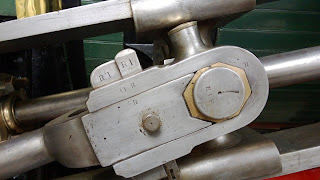 But the in-your-face boldness of the colours, the bling of polished brass sticking out anywhere and everywhere, the oversized wheels and smokestack, Fire Queen looks thrilling.
Glamourous.  Primal.  And fast.

That's the idea I've pursued in Cole: King of the Rails, behind a story which follows my young hero's friendships, secrets and quest for revenge. 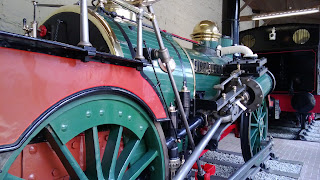 Where the glamour and thrill of those brightly coloured engines takes on a life of it's own... and changes history as we know it.

I'm hoping to share more of my world with you in the near future.  Until then, enjoy the pics.
Posted by Andrew Kells at 07:20

Email ThisBlogThis!Share to TwitterShare to FacebookShare to Pinterest
Labels: history, inspiration, King of the Rails, writing